There has been a lot of misinformation out there about the specifications of the pose running technique. I will try my very best to clear the air and avoid confusing you further with this short overview. Take note however that pose running technique is not as simple as it is made out look and there are many details that can’t fit in a short article. However, the basic principle is that gravity is maximized when falling and minimized by counterbalance.

The mantra for the running technique is “pull” “pose” “fall” and this accurately describes the motion of each action and how it depends on the preceding action. For the technique to be correctly executed, all these three have to be in place. Removing any will render the others useless. There is one more element used to describe how frequent the movements are, and this is called cadence this makes the four basic elements in pose running to be pull, pose, fall and cadence.

This is the easiest of the lot. The pose adopted when running has be such that it is very easy to fall in front when running. The suspended foot is place just under the hip in order to raise the centre of gravity of the body. It also shifts some of the weight of this leg forward thus making it easier to fall forward. It also means the foot will be precisely below the centre of gravity of the body when it touches down when pulling.

By slightly leaning over from the ankles to the hips, the runners balance is offset hence the tendency to fall in front. Increasing the degree of this lean increases the runners potential to move forward using rotational torque. This angle is most of the time the most important factor in determining how fats a runner can go. A professional sprinter is likely to lean forward almost 20 degree. 22.5 is the maximum that can be sustained by a human when running. According to Doctor Romanov, usain bolt has a lean of about 19.5 degrees.

A well executed fall sees the runner maintain Pose until the pull begins. This means that the runner has to keep the foot under the hip until the pull phase is reached. Many runners are to hasty when dropping out of pose with the result that the land in front of the centre of gravity of the body and on the heel

This probably is the part that many runners find hard to perfectly execute in this technique. There are so many details about the pull that can’t be covered here. The pull literally involves pulling up the foot directly toward the hip. However, this happens the same time the runner is dropping the other non supporting foot back to the ground. This means that a simultaneous exchange occurs when the foot offering support is withdrawn and the other one in the air is brought down to the ground. This is called change of support.

This simultaneous exchange is very vital, if mistimed in any way, the runner will either land in front of the body’s centre of mass thus breaking the rhythm of his step or he will execute a late pull resulting inn a counter balanced step. As earlier mentioned, this counterbalancing prevents falling thus slowing the runner down. Most runners are guilty for both offences, they non-supporting foot is dropped you hastily followed by a late pull both of which contribute to a poor fall.

This simply refers to how quickly the runner executes the pull, fall and pose. The ideal cadence should be 180 steps each minutes or even faster. Most skilled sprinters have a cadence of between 180 and 200 steps each minute while the really fast sprinters can get up to 300 steps.

The behind the optimum cadence being set at 180 steps or more has a lot to do with the makeup of the tendons in the body. Tendons are elastic bands which when stretched store potential energy which can be used to power contractions of the muscles. but unlike normal elastic bands, energy in tendons quickly dissipates. In order to take full advantage off this a cadence of over 180 steps is required.

The basics behind pose running look simple and straight forward and they are, in theory simple. However many people find it very hard to implement this technique. The main reasons range from sticking to old habits, being unresponsive to the body’s need and extremely high expectations so why not try a new running technique today?

about avoid been best clear confusing further however misinformation note overview pose runner running short simple specifications take technique that there this very will with 2014-11-07
Teilen !

Schlagwörter: about avoid been best clear confusing further however misinformation note overview pose runner running short simple specifications take technique that there this very will with

Vorheriger Artikel: How she kick boxes in athletic shoes she can slide off without untying has always baffled me. But that is not surprising; it combines three things I know almost nothing about: exercising, girl clothes, and women in general.
Nächster Artikel: Asics Gel-Noosa TRI 9 GS Running Shoe (Little Kid/Big Kid),Black/Red/Flash Yellow,4 M US Big Kid 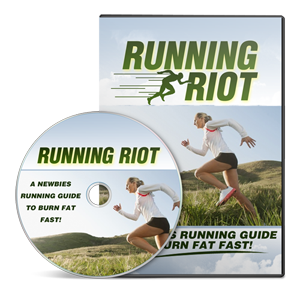